%.gone. wrote:They said a couple levels are influenced by warehouse, school2 and hanger.
If you look at the photos (things could change by release date) you see that a lot of the objects aren't the same. The buildings seem to be in the same locations though.

yeah, hanger is definitely what influences designers at robomodo. no jokes.

so disappointing... but what could you expect? lol
Top

bgoatbiz wrote:way to take the mockup logo i created and add your name to it. +1up

I just saw you posted this here, and we've already talked about this, but to everyone else, I took this image from IceBearsForevers youtube, and it had no bgoat logo on it then, and I had no idea that this was even a thing at the time. I assumed IceBears made it in paint or something, and all I did was change the font and throw my link on it for the article. I never had any intention of stealing your graphic.

For reference, this is a screenshot in which I circled the exact video:

Morten1337 wrote:so disappointing... but what could you expect? lol

TNT wrote:I didn't expect them to make it seem worse than THPSHD!!! I didn't think it was possible!!!

Yeah, Robomodo has lost their minds, If the Y button is Plummet towards the ground but not grind, Then what button is grind? R1? I think the CAS will be as slimmed down as THPS2, At least there's 20 player rooms, That's one of the things that people want in THUGpro even though it's impossible.

Our newest console is a Wii (Not a Wii U but an original Wii), So you can tell how much we dislike modern gaming, If there will be no PC or 3DS port then I will have to play this at my friends house, He has an XBOX 360 and an XBOX one so at least I can play it there.
THPS4 Level Expansion Pack, THUG2 710 Mod 1.0, Guide on ripping THPS Models
Modding and Model ripping since 2009
Top

Catarax wrote:- Tony Hawk character in the 80's (like THAW)

Oh, I see, In America we have to choose which pre-order bonus we want...

I guess I'd rather have the GAMESTOP bonus:

Instead of the BEST BUY one:

Or the AMAZON one: 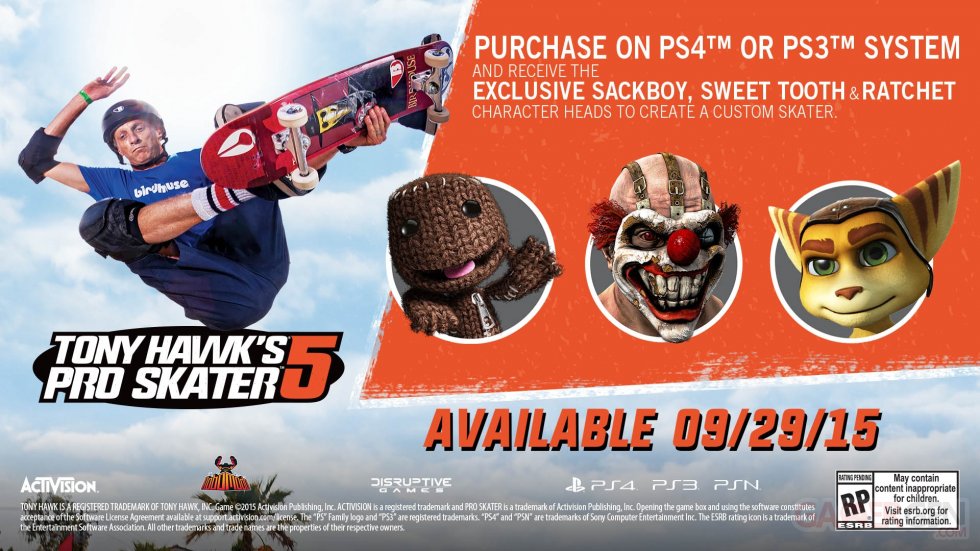