New mods can be put here with the game name at the beginning.
Forum rules
Specifiy what game it is for and give reasonable instructions on how to install it.
Give credit where credit is due.
Locked
343 posts

commonly found bugs here, and others. can and should be, but I will let you know
http://thug2-modding.3dn.ru/thugpro_bugs_and_others.jpg
Top

Absolutely phenomenal work with this mod morten and quazz!
Bugs i've noticed
When hanging from a ledge and spraying a tag pressing up causes floating glitch.
When you select done on board options your guy holds the board upright afterwards.
There is no text for Ped Accessories
When you go to join a game and hit cancel, if you go back your CAS is now facing the wall
Also Hotter than hell and other maps do not work on freeskate
Keep up the hardwork cause you guys have literally remastered Thug2! 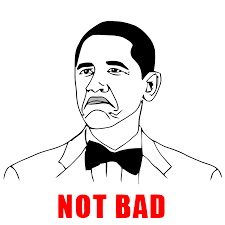 In Windows 8 there is error with Launcher: no ability to update, mistake (System.Net.WebException) about "WebClient" request
Top

qwertysind wrote:In Windows 8 there is error with Launcher: no ability to update, mistake (System.Net.WebException) about "WebClient" request

qwertysind wrote:In Windows 8 there is error with Launcher: no ability to update, mistake (System.Net.WebException) about "WebClient" request

Something is wrong with the save. When I edited skater, saved, left game and tried to launch again, the game crashed on loading screen. It works now when I removed the .ska file from Save folder, but now I don't have full stats and I can do only 4 special tricks.

Btw. If you are working on THUG2 Remix or THP8 PSP levels, you can use this new emulator called PPSSPP. It's still in development, so the textures are messed up and it crashes a lot, but it's good for testing things.
http://i40.tinypic.com/a0gnxt.jpg
Top

Hey guys, seen morten/quazz around and already commented on other sites, but once again just going to say this shit is amazing, transforms THUG2PC from completely unplayable for me (spin lag) into a very close competitor for my time vs thug (20 hours a week of thug usually lol). I love the menu and little things that pull the mod together into a cohesive, legitimate upgrade. I've said it elsewhere, but this has potential (for me at least) to be the only relevant THPS game.

I talked to Quazz a bit in game and he said he'd like for me to list some of my nitpicky suggestions etc. Take these with a bit of salt, I'm way biased towards THUG physics/mechanics among other things. I'm also somewhat ignorant to how much time and work is involved in a lot of things, so feel free to ignore stupid hard suggestions or what have you. If you want further explanation or even a video clip for any of these just let me know!


Drifting (free movement off-board in the air) - As far as I know there's a bit of a problem with collision or something, if it gets fixed or reworked that'd be amazing. I feel like this adds a lot to the game as far as opening up possibilities in combos and such. Plus who doesn't like triple drift wallplants?

Wallplant angles - Kinda a nitpicky thing, I feel like THUG2's angle is crazy restrictive and does a lot to make the game as a whole really linear. Not to mention a lot of lines built into the THUG levels are made for/with the wider THUG1 angle in mind (ie glass building in manhattan)

Fix wp/wallride delay - Hardish to explain, but on thug if you wallplant a wall right on a corner, you can wallride immediately.. practically same time as you wallplant. In t2, when you SS/WP a wall, you have to wait like 1.5seconds before you can enter a wallride.

I could be wrong but I feel like the angle at which you can enter a wallride is tighter on t2. I feel like on t1 it's easier to wallride a wall when you're coming towards it on a rail perpendicular to it.

Wallrideplants! (:P) - They're just really fun imo. I'm generally a fan of anything that gives the player more options for movement etc without being awkward or intrusive.

Host sit-out - Very low on priority list. I host for hours at a time, but sometimes afk for 10 minutes to smoke or something. Also just nice when the host leaves so everyone doesn't get dumped into the lobby with 3 players making new games

Reverts are pretty different between THUG 1 and 2. It seems they slow you down much.. quicker. Also BHRA and other revert glitches are different/harder. I have no idea how to explain it though really.

Cavemans seem to take forever. For example, wallplanting 2 things quickly. In THUG it's insane how close those two things can be, the caveman and wallplant animations take practically no time at all.

When I join a server mid-game and pause while observing, I crash.

My "no lag" spin option and down-x wallplant setting don't seem to save.

A toggle for pressure tricks would be nice. I generally don't like my spin buttons to do anything else, it often causes problems. I accidentally do pressure tricks a lot which sometimes results in bails


I probably missed some things.. but generally it just feels like THUG is snappier and more 'free' I guess, while THUG2 has some delays for certain actions and is restricted in a lot of ways. Like I said most of my list here isn't even that important, you guys have pretty much nailed it already.
Top

I would like to add to the topic that the game settings menu in update.exe does not work at all, everything is grayed out.
Top

ztreek wrote:I would like to add to the topic that the game settings menu in update.exe does not work at all, everything is grayed out.

Morten1337 wrote: !If you want to set your keybinds, or change the distance fog you have to use the normal default thug2 "Launcher.exe", some features are not fully supported in our updater yet. But, custom screen resolution is supported.

ztreek wrote:I would like to add to the topic that the game settings menu in update.exe does not work at all, everything is grayed out.

Morten1337 wrote: !If you want to set your keybinds, or change the distance fog you have to use the normal default thug2 "Launcher.exe", some features are not fully supported in our updater yet. But, custom screen resolution is supported.

Does not work either, that was the first thing i tried.
Top
Locked
343 posts